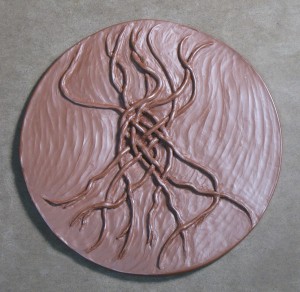 Convergence — to bring two or more entities closer together; to bring disparate pieces together in order to form a whole.

I recently spent a week at the “SALT” conference in Belgium, put on by OM Arts Intl.  As the leadership team spent time praying together before the start of the conference, we began to sense an emerging theme for the conference.  What we saw was an image of a widely dispersed group of threads coming together in one place and time.  These different threads began to weave into a single, beautiful piece of material, full of many colors and textures.

As I thought about these threads, I immediately saw them in the context of the lives and stories of the 75 artists and leaders, coming from 20 different countries and representing almost a dozen different art forms.  These threads were woven together, creating a beautiful tapestry of creativity, teaching, worship and community.  At the end of the week, the threads–those artists and leaders–scattered to the four winds, stronger because of the community they had become a part of.

For some, the conference was an opportunity to reconnect with friends, some of whom had not seen each other for years.  For others, the conference represented building credibility and trust in an entirely new community.  Each thread was unique, not only in their forms of expression, but in the experiences they brought with them: the issues they faced, the attitudes, joys and pains that they carried in their hearts.  In the act of coming together, God wove each thread into this strong and beautiful tapestry.

A quiet conversation over a piece of clay, a prayer with a struggling friend, a late night laughing with a small group, or watching people around me put their unique stamp on a creative exercise during a teaching session. The threads were always touching and tangling and running past each other, shaping and coloring the tapestry being created.

I will never forget watching one of the leaders as he demonstrated the gift of “presence” as he simply listened to one young artist, silently helping her shape her own identity more by quietly letting her think and speak rather than taking over the conversation.

I saw convergence in individuals as well.  There is a pattern unfolding in many people’s lives, often as they approach “retirement” age. Many are thinking of slowing down, handing off responsibilities to a younger generation, and enjoying the sunset of their lives.  Instead, some of us are seeing the clutter and noise around us stripped away, and a tightened sense of focus, clarity and purpose.  Apparently unrelated threads of our lives — experiences, training, disappointments, failures, victories, relationships, spiritual formation — begin to align into a new purpose.  These threads have always been a part of our makeup, but we begin to recognize how they have been woven together to form a cohesive whole.

For me, SALT was a time of personal convergence, of different threads coming together. In my time spent in Hungary, God told me that He was speaking through my art.  In Prague, God started to teach me the difference between “christianized” art, and art which grows out of a response to the hand of God in the world around me. During my time at the Incarnate school, God called on me to create art intentionally for His Glory.

I realized how God has been shaping the heart of a father within me, with a greater understanding of pain, the ability to love the unloved, and listen instead of trying to “fix” people.  He has been calling me to Faith, Hope and Beauty,  while developing my skill and technique (even to the point of reputation and being recognized in the field).

All of these are coming together as God is re-defining and uncovering what He has been working on for more than 50 years.  One of the strongest personal impressions which I have had for the past couple of months, especially at the SALT conference, has been, “This is where my life has been leading, where I truly belong.”

These threads can also be seen in an organizational.  OM Arts has brought many different people and ideas together.  At times, we have seen dramatic synergies; at other times, we’ve felt like we were swimming against the current. Some of the threads look like dance schools, managing large drama presentations, or partnering with other organizations and understanding what it means to support individual artists in the field.  Many seeds have been scattered, but where was the fruit?

The SALT conference brought many of these threads together.  Different efforts supporting each other, and reaching out beyond what we have been doing inside of OM Arts.  Some signs of this were: tripling the number of participants from the previous SALT, two years ago; artists and leaders from outside of OM who have heard of what we are doing, curious if there might be some way for them to be involved; new OM fields sending representatives, wanting to support and nourish the artists in their fields. Threads, woven together, by a Master Weaver.