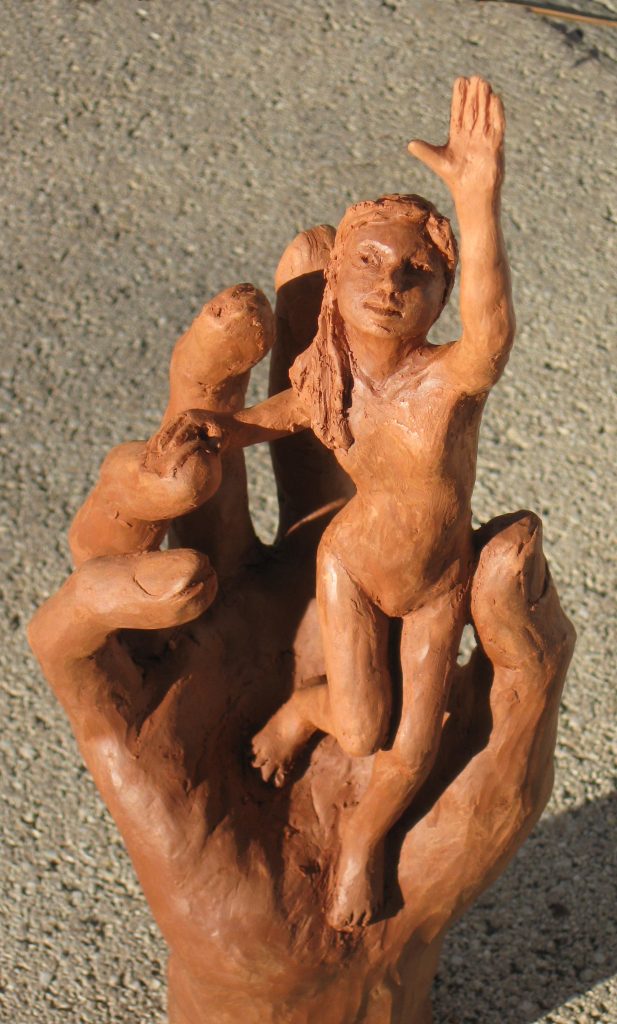 On the suggestion of one of my respected artist friends, I found a copy of The Creative Call, and I have started working my way through it.

I’m already finding some really helpful content in the first few chapters (such as, the discipline of the “artist’s daybook” or journal).  However there is an underlying thread which is bothering me…

The assumption in the book, at least in the beginning, is that for most of us, the artistic gifts, talents and calling which were often present in a nascent state in our youth, were somehow discouraged, redirected, ridiculed or otherwise squashed, either by parents and other adults, or by the demands of adult responsibilities and the need to, “get a real job.”  As a result of this squashing, our task now is to begin to recognize, value and own those creative gifts as something given to us by God, for His glory, that they are an integral part of who He has created us to be… and to then figure out how to practice those gifts as artists.

While this narrative is no doubt true for many (most?) artists, I see myself as having taken a very different path.  I think my parents, or at lest my mother, truly encouraged my artistic gifts, encouraging me to take as many art classes in high school as I could.  However, when I reached the point of applying to college, I found myself facing a choice between two deep passions, and two very different paths: arts and technology.  In reality, this was not a choice between “creativity” and just a mundane job to support myself and my future family, but rather between to two very different, but equally creative careers.  Perhaps the strongest influence on my choice was the fact that I really didn’t have any “artist” role models in the people I knew, but I did have plenty of examples of technologists and scientists in my family.

So, I took the path of technology, not because it was “responsible” or because I felt coerced, but because I was utterly fascinated by the possibilities of really learning deeply about this new (in the ’70s) and fast growing technology of computers.  Now, as I look back at that nexus in my life, I recognize that, not only was the decision driven by my wants, but it was guided by God’s call on my life to express His creativity through technology, and through the way that my involvement in technology could bless many other people.  This was not a an accident, or something I wish now that I could go back and change.  It was a key part of who God created me to be, and how He wanted me to worship Him.

God doesn’t waste anything.  In my case, I can see clearly how He used these almost 40 years of “wandering”, not as a punishment, or even as His “frowning” because I muffed a critical choice in my life, but because He had some very specific appointments to make, life lessons to teach, people to touch, difficult rivers to cross, deserts to face and mountaintops to look out from.  I wouldn’t be “The Chuck” if I hadn’t gone through that journey.

That being said, there were still plenty of frustrations.  That artistic bug just wouldn’t leave me alone, as it would pop up here and there, or walk into the room like a rain soaked dog and shake itself off, leaving me hopping and drenched.  I still have the very first Toastmaster’s speech I wrote — my introductory “Icebreaker” speech — where I introduced myself as a Christ follower, and an Artist.  I remember how strong the pull was down to the other end of the hallway from our IT department several years ago, toward the OM Arts offices and the people who worked in that group.  “Did not our hearts burn within us as we listened?”

Perhaps one of the greatest strengths which I have gained from this journey is that now, I know that I know that I know that God has called me, in this season of my life, to be an artist and a father to artists.  I know that He will continue to speak into and through what my hands create, and that ultimately, those creations (and the process I go through to create them) will bring worship to Him.

So, back to the topic of the Creative Call book — I suppose my attitude needs to be, work through the book, tossing aside the bits that don’t really apply, and holding on to the bits that do.  I guess, in the process of writing, I’ve answered my own question, as well as clarified how I ultimately got here.