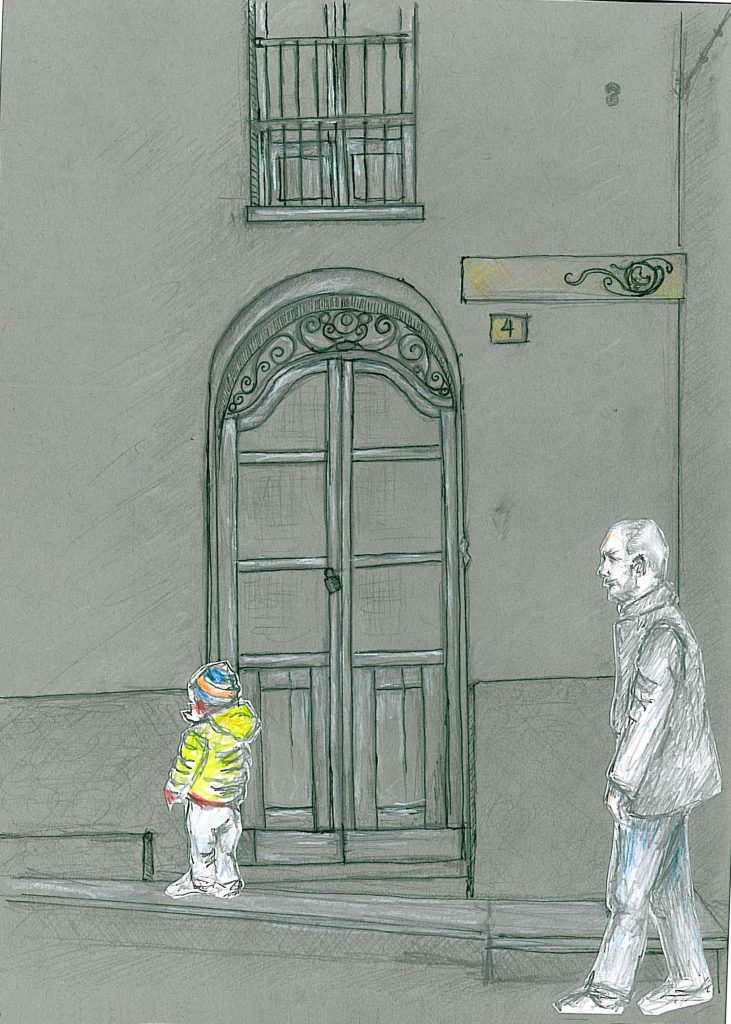 One of the concepts we spent a lot of time wrestling with during our time at Incarnate was the idea of Hope.

What is hope? What is the anchor for our hope? How is hope related to our faith?

On one occasion when we went into the town, I thought I might pick a spot along one of the pedestrian areas to sketch, thinking it might be a good way to seed conversations with the people of the community. I was fascinated by this very old, and apparently unused doorway, with its ornate ironwork, weather beaten wood, and rusty little padlock holding it shut. So, I sat down, leaning against the opposite wall and started to draw.

Earlier in the day, I had met a young father out with his little boy. We spent some time talking about where we were from, how we were staying at the Evangelical Center just outside of town as artists, and how we were interested in getting to know people in the community there. The father, Romeo, was moderately fluent in his English, but as he spoke about his son, he said, “I know a little English, but my son Philippe, he will know English!”

As I thought about our conversation later, it struck me how, in the middle of all of economic difficulties the people of Italy are wrestling with, Romeo put his hope for the future in his son. While he might not have a personal hope of being able to go through that doorway to a brighter future, perhaps his son would.

“Hope is the ability to hear the music of your future in Christ; Faith is the courage to dance to the music here and now.”