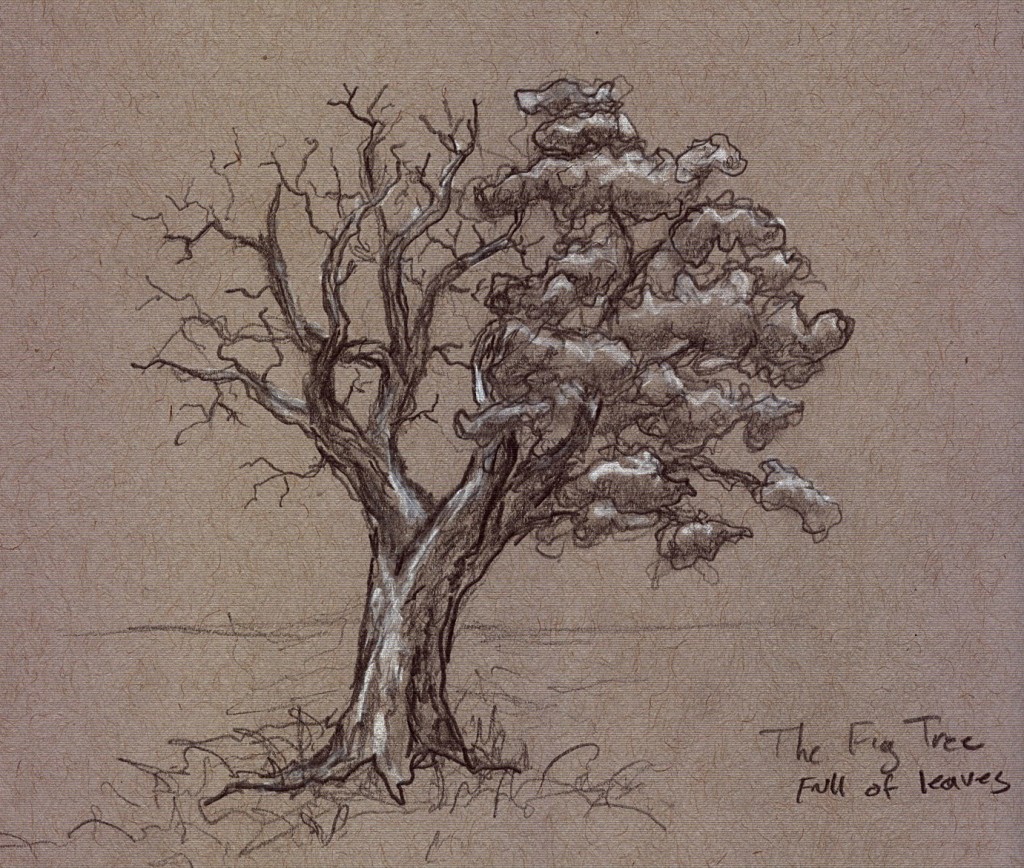 Our pastor, Gary Franklin, has been going through a series called, Jesus- Unpredictable and Untamable, based on the Gospel of Mark.  This past Sunday, he went over the story in Mark 11 of Jesus cleansing the temple the day after the Triumphal Entry.

Almost as a side thought, Mark tells of Jesus going up to a fig tree as he was walking into the city, and finding nothing but leaves.  Jesus curses the tree, saying, “May no one ever eat fruit from you again.”

What Gary explained was that, during that season one would expect to have found the tree full of leaves, but no ripe fruit.  However, in among the leaves, there should have been buds indicating that fruit would be there soon.  In this case apparently, there was nothing but leaves.  While the tree appeared healthy to everyone else, what Jesus saw was emptiness.

The parallel for us, and indeed the warning, is that, from a distance, the tree looked healthy and promising, but on closer examination, the tree was already dead and useless.  The nation of Israel, the priesthood, the temple and everything around Jesus and the disciples looked healthy and vigorous, as the people carried on their deep seated traditions, while in fact it was a show.  They were more interested in the convenience of the temple courts full of money-changers and people selling temple offerings, but they had no understanding of what it meant to truly worship God.

This is a small sketch I did that morning in response, showing what the disciples saw when they looked at the tree, and how Jesus really saw it.