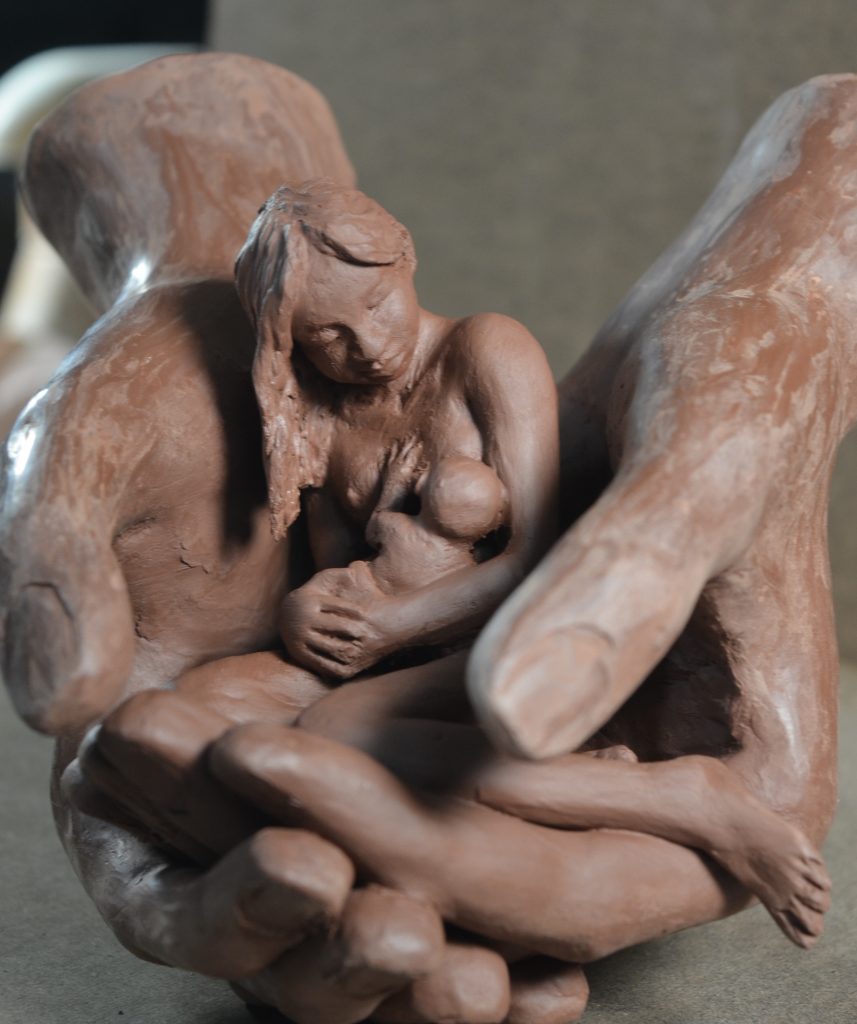 I have been fascinated by the image of the sheltering hands, and the different circumstances and postures which we bring to our position in those hands.  From the figure huddled in a heap, to the child asleep without a care, to the one with the courage and hope to be able to stand up and look into the raging storm… the unifying theme is that it is only possible because of the power, and tenderness of the hands which hold us.

What struck me as I began to work on this piece was the question of “Why?”  Why are we in this place?  Is it just for our own security and peace, or are we both sheltered and “shelterers”?

There is no clearer image of the act of sheltering and nurturing than that of a mother nursing her child. She not only holds, protects and warms the child, but she gives it sustenance from her own body. Even in the reality of her own vulnerability, she finds the strength to hold what she has carried and birthed, giving herself so that it can grow.

But in reality, we can all be, “The Chuck”, or whatever our name may be.  We find our hope and courage sheltered in the Father’s hands, but we do not to end there.  We are called to walk into the messy, broken world around us, to be a reflection of the light which we have been given.

Heal the sick, raise the dead, cleanse those who have leprosy, drive out demons. Freely you have received; freely give.