I started following the Proko educational art site several years ago. The site is primarily dedicated to resources and videos for drawing, especially around the human figure, but they recently added in an emphasis on 3D art and sculpture. I enrolled in their first sculpture class, watching the videos and doing the homework assignments. 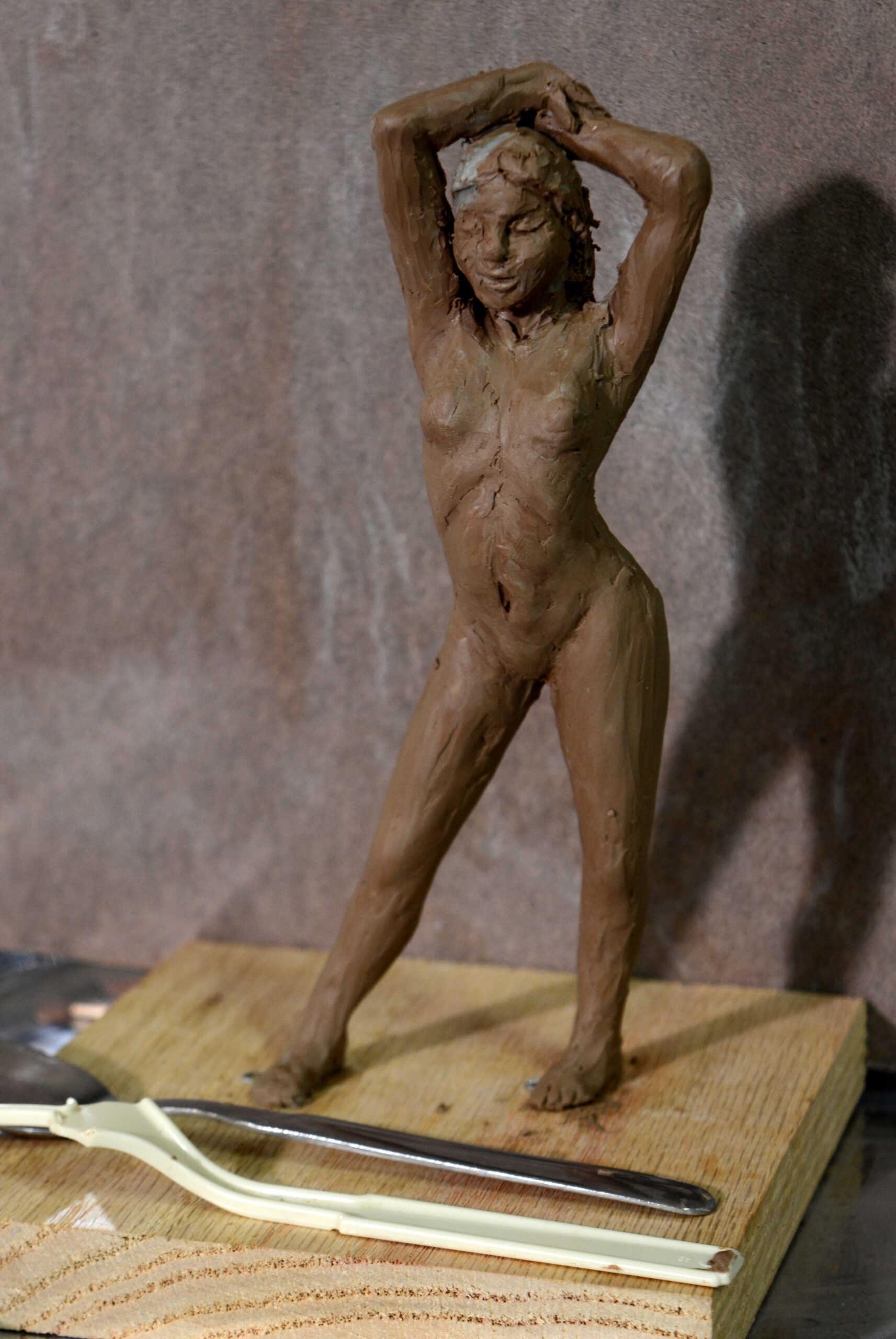 This particular teacher, Andrew Keith, focuses on using oil based modeling clays rather than water based clay, especially since modeling clay (plastilina) doesn’t shrink, so it can be used with an armature.  I grew up on modeling clay, so in a way, it’s returning to my roots… but I definitely found that it handles a lot differently from the water based clay which I am used to!

The first assignment had a humorous turn to it. The stated aim was, “You don’t have to break the bank to get equipment and materials to start sculpting.” The challenge was to spend less than $5 on materials (inexpensive craft modeling clay to start, and a little wire for the armateur) and using primarily your hands and whatever implements you have laying around the house for tools. I used an old spoon, a plastic fork with all but one of the tines broken off, and a wooden “single use” knife. It was fun to go back to how I used to model when I was a kid. 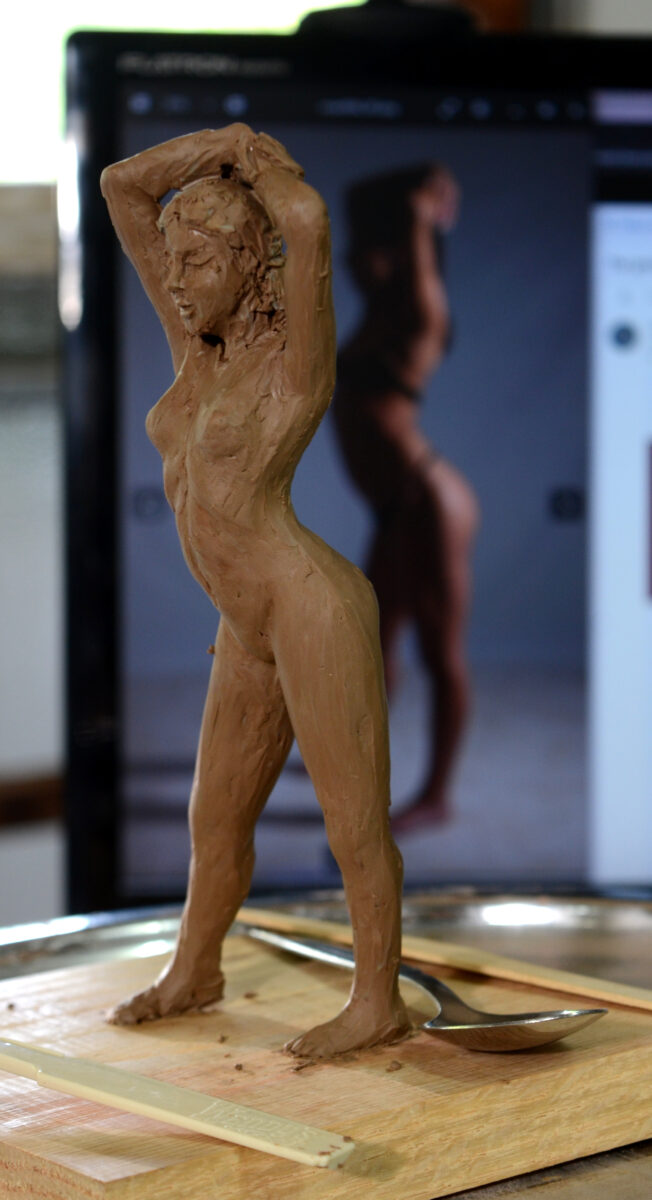 One new challenge in this assignment was using an armateur. The advantage with an armateur is that you can build a figure standing on its own legs. The difficulty is that it is not trivial to attach the armature to the block in such a way that it doesn’t flop around!

We used a set of “turn around” model reference images from PoseSpace. These are sets of images taken as the model turns on a stand, so that you could see the model pose from many different angles, with a few additional images zooming in on various details.