In 2014, at the OM Arts, Incarnate School of Art and Mission in Italy, I began a personal tradition. I spent two weeks with the students (out of the three month program) as they worked, building a community of Christ following artists. My role was observer and mentor, coming along side them as they created and studied together, wrestling with their identity, their calling, and their own brokenness in the face of a broken and hurting world.

I was deeply struck by the community they created. Not satisfied with simply receiving from the staff, they poured into each other’s lives, building a shared sense of identity. When I returned home, I created a sculpture to celebrate this identity. It was comprised of ten individual figures which fit together to form an interlocking, unified whole. When I finished, I sent it back to Italy for the students to share together as a part of their graduation. (You can see my original post here.) 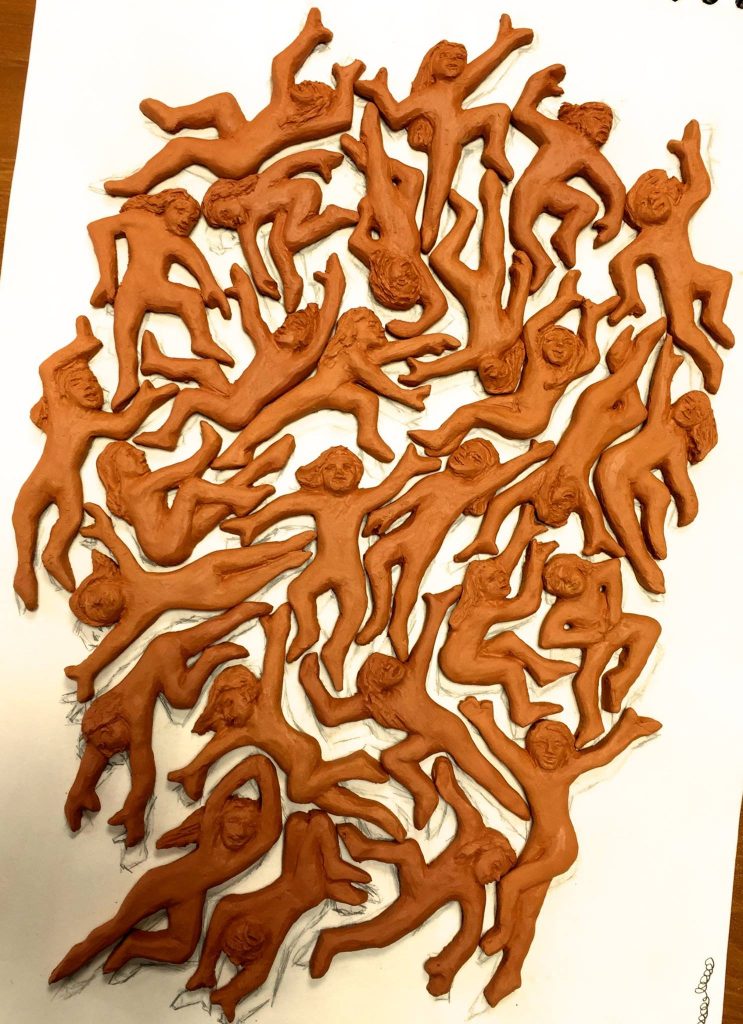 Two years later, I returned to the same Incarnate program, this time as as a full participant. In the span of the three months I spent in Italy, as a student along with the others, I was again struck with the way we came together as a cohesive whole, with a deeply shared identity. I decided to make a piece similar to the one I had created in 2014, this time for the 27 students of the 2016 Incarnate school. Two years later, I participated in the 2018 Incarnate school, this time on the staff. While the school in 2018 had its own distinct personality, the students still bonded together in their own unique way to form a whole new community of artists, each seeking to serve God and the people around them, both in their individual gifts, and in their role as unified whole.

Each of these sculptures stands both as a unified piece, and as a collection of individual figures. It is as if we are in a great dance, moving as a whole, but each artist moving as an individual. God has created us, as artists, to live and operate in community. Each piece represents a unique individual, but each interlocks into the whole. God created each artist, molding them through their life experiences, to be wonderful and unique persons. Every one is beautiful in their own distinct way, with the gifts that only God could give.

However, the Father did not just bless them with unique gifts to stand in isolation. He brought them to Incarnate for those months to form a sacred community — to dance together. As beautiful and talented and gifted as each could be, they entered an entirely different world in community. As the figures fit together to form an entirely new sculpture, greater than simply the sum of its parts, so in community, all of their gifts reflected and multiplied. Each would take what the others had created and build on it. They learned from God, through each other. No one person had the entire picture, but together, they could see the unified message that flowed from each of the smaller pieces.

A particularly important part of the overall sculpture, and why I gave one little figure to each student, was the encouragement to remember the many ways they had worked and grown together. My prayer for them as they left Italy and the Incarnate school, was that they would understand that the dance God had introduced them to now extended around the world. The places where He planted them would be different from Incarnate. They might be larger or smaller. They would have a diversity of people and personalities and gifts and levels of spiritual awareness. It might even take a while to figure out where they fit, just as it took a while to figure out how their individual figures fit into the circle, but with patience, a listening ear and perhaps most important, a tender heart, they would find their place — a place to see God speaking into them and through them.

I left with them with this blessing, in 2014, 2016 and finally in 2018. Each year, I have seen the school birth a different dance, uniquely creative in its own way. As the individuals scattered to every corner of the earth, each holding on to their own little figure, my hope was that the artists will not forget what they became a part of for those intense, three or four months of the Incarnate school, and that they would continue to live in the beauty and creativity of that dance. 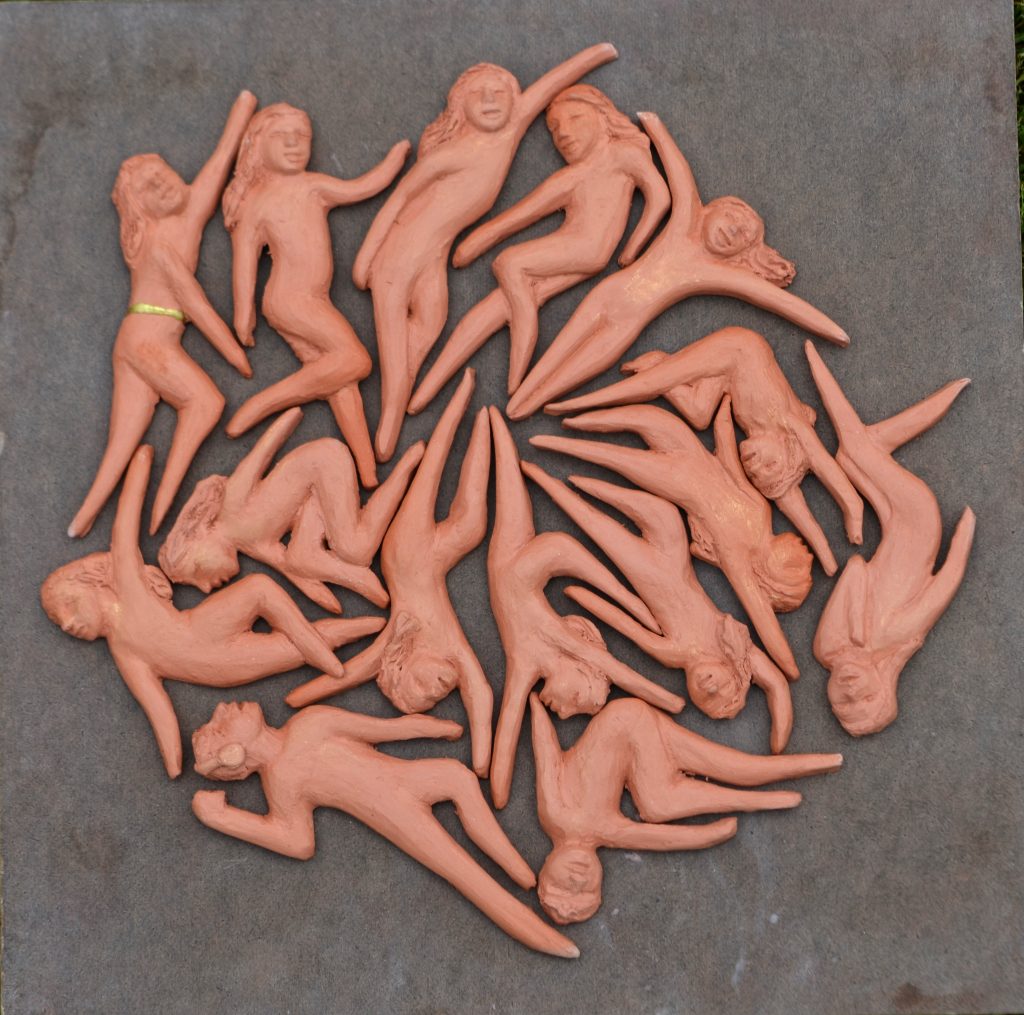