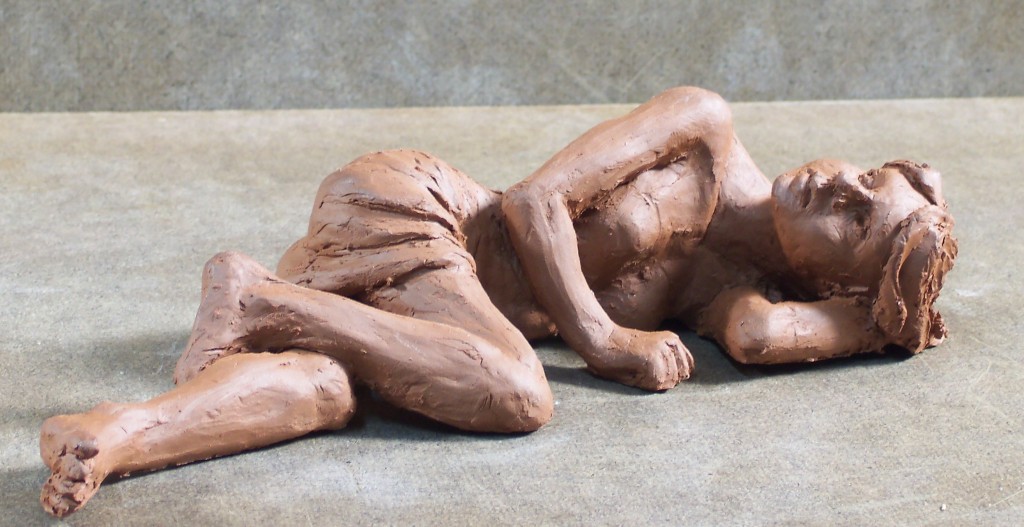 This was actually a “test” piece.  When I originally bought the kiln and clay from a friend who was retiring from working with clay, there was one unidentified block of clay. I found that it fired to a rich, semi-gloss brown. I have tried to identify that particular clay body so I could get more of it, but I have not yet found a match!

After visiting a couple of pottery and clay stores, I finally came across a low fire clay which appeared that it might be what I was looking for. I was warned by the staff at the store that the clay would most likely not survive a mid range fire (cone 6), and would likely start to sag or slump. I decided to risk one bag of it anyway, promising the owner of the store that I understood the risk, and that I would definitely do some test pieces to check the clay before investing a huge amount of time on a piece, only to be disappointed when it came apart in the firing. (Believe me, I have had pieces sag at high temperatures before, and it is NO FUN!)

This is the result of my first test, and while it’s not precisely the same finish, it’s the closest I’ve come so far. I’m still going to be cautious, but I am moving forward with some hope.